Come join us for an Adventure!

Check out our events!

What will your next Adventure be? Check out our new hours below! 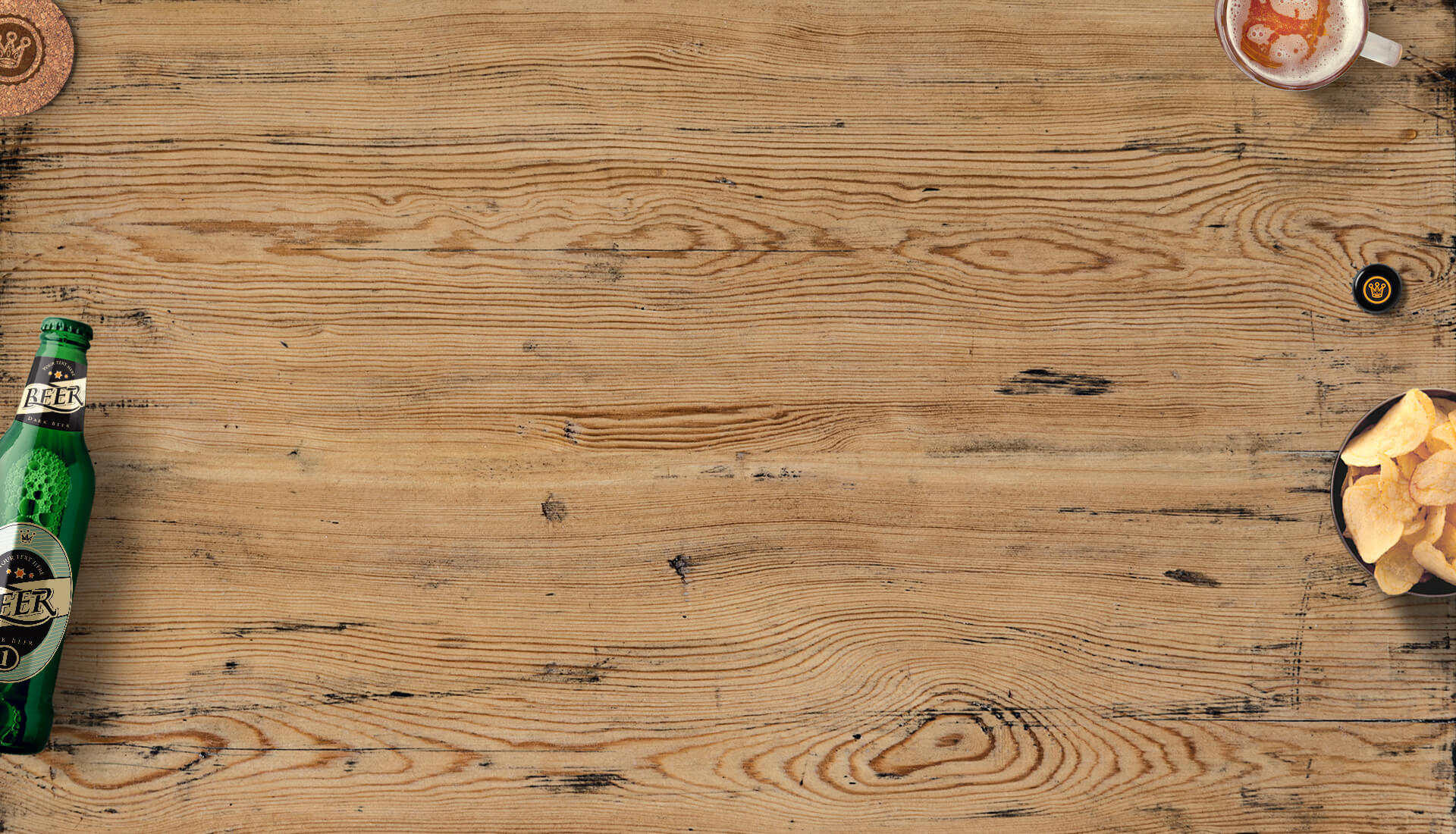 Prior to Adventure Brewing Co. opening in May, 2014, the only previous brewery was the Marlborough Brewery opened in 1766 and closed by 1767.

Heavily in debt, disillusioned and embittered by the dwindling results of his struggles, he wrote that “I have attended the bar thirty-six years, through a perpetual hurry and uneasiness, and have been more truly a slave than any one I am, or ever was, master of; yet have not been able, since the first day of last January, to command ten pounds, out of near ten thousand due me.” Recoiling from his situation, he desperately sought a way out and a means to recover his losses. With self-deceptive optimism he seized upon the idea of establishing a brewery at Marlborough, since “our Ordinaries abound & daily increase (for drinking will continue longer than anything but eating).” Accordingly, he built a brewhouse and a malthouse, each 100 feet long, of brick and stone, together with “Cellars, Cooper’s house & all the buildings, copper & utensils whatever, used about the brewery.” He depended at first on his windmill for grinding the malt, but to avoid delays on windless days, “I have now a hand-mill fixed in my brewhouse loft that will grind 50 bushels of malt (my coppers complement) every morning they brew.”

To get his project under way, Mercer plunged further into the depths of debt by buying 40 Negroes “to enable me to make Grain sufficient to carry on my brewery with my own hands.” These cost £8000, “a large part of which was unpaid, for payment of which I depended on the Brewery itself & the great number of Debts due to me.” But the external fate which was driving him closer and closer to destruction now struck with the death of John Robinson, treasurer of the colony, who, having lent public funds promiscuously to debtor friends, had left a deficiency of £100,000 in the colonial treasury. A chain reaction of suits developed, threatening James Hunter of Fredericksburg, Mercer’s security for purchase of the slaves.

The brewery lumbered and stumbled. Mercer’s first brewer, a young Scot named Wales, prevailed upon him to spend £100 to alter the new malthouse. On September 16, 1765, William King, evidently a master brewer, arrived. He immediately found fault with Wales’ changes in the malthouse. Within three weeks, however, King died. King’s nephew, named Bailey, then came unannounced with a high recommendation as a brewer from a man he had served only as a gardener. Mercer was impressed: “You may readily believe I did not hesitate to employ Bailey on such a recommendation, more especially as he agreed with King in blaming the alteration of the malt house & besides found great fault with Wales’s malting.” Faced with rival claims as to which could brew better beer, Mercer allowed each to brew separately. “Yet though Bailey found as much fault with Wales’s brewing as he did with his malting, that brewed by Wales was the only beer I had that Season fit to drink.” Wales, however, brewed only £40 worth of beer, barely enough to pay his wages, let alone maintenance for himself and his wife. Although Bailey brewed enough to send a schooner load of it to Norfolk, it was of such “bad character” that only two casks were sold, the remainder having been stored with charges for two months, then brought back to Marlborough, where an effort to distill it failed.

In 1766 there was a similar tale. Five hundred fifty bushels of malt were produced, but much of the beer and ale was bad. In January 1766, Andrew Monroe[140] was employed as overseer. “Wales complains[Pg 56] of my Overseer & says that he is obliged to wait for barley, coals & other things that are wanted which, if timely supplied with he could with six men & a boy manufacture 250 bushels a week which would clear £200…. My Overseer is a very good one & I believe as a planter equal to any in Virginia but you are sensible few planters are good farmers and barley is a farmer’s article,” Mercer wrote to George. Besides the overhead of slaves and nonproductive brewers, the establishment required the services of two coopers at £20 per year.

To be SOLD, at the MARLBOROUGH BREWERY

STRONG BEER AND PORTER at 18d. and ALE at 1s. the gallon, Virginia currency, in cask, equal in goodness to any that can be imported from any part of the world, as nothing but the genuine best MALT and HOPS will be used, without any mixture or substitute whatsoever; which, if the many treaties of brewing published in Great Britain did not mention to be frequently used there, the experience of those who have drunk those liquors imported from thence would point out to be the case, from their pernicious effects.

The severe treatment we have lately received from our Mother Country, would, I should think, be sufficient to recommend my undertaking (though I should not be able to come up to the English standard, which I do not question constantly to do) yet, as I am satisfied that the goodness of every commodity is its best recommendation, I principally rely upon that for my success; and my own interest, having expended near 8000 l. to bring my brewery to its present state, is the best security I can give the publick to assure them of the best usage, without which such an undertaking cannot be supported with credit.

The casks to be paid for at the rate of 4s. for barrels, 5s. for those between 40 and 50 gallons, and a penny the gallon for all above 50 gallons; but if they are returned in good order, and sweet, by having been well scalded as soon as emptied, the price of them shall be returned or discounted.

Any person who sends bottles and corks may have them carefully filled and corked with beer or porter at 6s. or with ale at 4s. the dozen. I expect, in a little time, to have constant supply of bottles and corks; and if I meet the encouragement I hope for, propose setting up a glasshouse for making bottles, and to provide proper vessels to deliver to such customers as favour me with their orders such liquors as they direct, at the several landings they desire, being determined to give all the satisfaction in the power of

Their most humble servant,
JOHN MERCER

Foolhardy though the brewery was, a glass factory would have been the pinnacle of folly. Yet it was seriously on Mercer’s mind. In his letter to George he wrote:

A Glass house to be built here must I am satisfied turn to great profit, they have some in New England & New York or the Jerseys & find by some resolves the New England men are determined to increase their number.

Despite his manifest failure, Mercer confidently attempted to persuade George of the possibilities of the brewery and even the glasshouse. Shifting from one proposal to another, he suggested that he could “rent out all my houses and conveniences at a reasonable rate,” or take in a partner, although “I have so great a dislike for all partnerships, nothing but my inability to carry it on my self could induce me to enter into one.”

In spite of these desperate thrashings about in a struggle to survive, Mercer’s empire was collapsing. When Monroe arrived as overseer, he

found [according to Mercer] but 8 barrels of corn upon my plantation, not enough at any of my quarters to maintain my people, a great part of my Stock dead (among them some of my English colts & horses in the 2 last years to the amt of £ 375. 10. —) & the rest of them dying, which would have infallibly have been their fate if it had not been for the straw of 1000 bushels of barley & the grains from the brewhouse…. Convinced of his [Monroe’s] integrity, I have been forced to submit the entire management of all the plantation to him.

The following passage from the letter summarizes Mercer’s financial predicament:

On December 25, 1766, Mercer made public his situation in Rind’s Virginia Gazette:

The great Number of Debts due to me for the last seven Years of my Practice, and the Backwardness of my Clients (in attending whose Business, I unhappily neglected my own) to make me Satisfaction, would of itself, if I had had no other Reason, have obliged me to quit my Practice. And when I found that by such partial Payments as I chanced to receive I was able to keep up my Credit, I can appeal to the Public, whether any Person, who had so many outstanding Debts, was less importunate, or troublesome, to his Debtors, But when I found, upon my quitting the Bar, all Payments cease, and that I would not personally wait upon my Clients, I could not approve of the Method of Demand, by the Sheriff, too commonly in Practice, without Necessity. I therefore employed a Receiver, who, ever since the first day of January last, has been riding through the Northern Neck, and even as far as Williamsburg, and who to this Time has not been able, out of near ten thousand Pounds, to collect as much as will pay his own Wages, and discharge my public taxes (for Proof of which I will produce my Books to any Gentleman concerned or desirous to see them). This too, at a Time when my own Debts contracted by the large Expences I have been at for some Years past for establishing a Brewery, has disabled me by any other Means from discharging them, (except when they would take lands, Assignments of Debts, or any thing I can spare, without Detriment to my Plantations or Brewery). Selling Lands avail nothing, I have bonds for some sold four or five Years ago but I can’t get the Money for them. I therefore cannot be thought too unreasonable to give this public Notice (which the Circumstances of the Country make most disagreeable to me) that I shall be against my inclination obliged to bring Suits, immediately after next April General Court, against all persons indebted to me who do not before that Time, discharge their Debts to me or my Son James Mercer, who will have my Books during the said Court to settle with every Person applying to him. And as some Persons have since my quitting the Practice, sent to me for Opinions and to settle Accounts without sending my Fees, to prevent any more Applications of that Sort, I give this Public Notice, that tho’ I shall always be ready to do any Thing of that Kind (which can be done at my own House) upon receiving an adequate Satisfaction for it, it will be in vain to expect it be any Messenger they may send without they send the Money. There are some Gentlemen who must know that nothing in this Advertisement can relate to them but that any of their Commands will at any Time, be readily complied with by their and the Public’s humble Servant
JOHN MERCER